Demonstrators marched through Beirut demanding an end to the country’s sectarian political system, where positions of power are allocated between different factions, and action over an economic crisis that has seen the currency collapse and yawning inequality.

A bank was set alight in Tripoli while in Sidon banners denounced Central Bank governor Riad Salameh, calling him the “protector of all thieves in Lebanon.”

Prime Minister Hasan Diab asked protesters to be patient and said that his government was trying to fight corruption.

But the Lebanese Communist Party says his administration continues the policies of its predecessors and has warned that its attempts to get a financial lifeline from the International Monetary Fund “will undermine Lebanon’s sovereignty because the IMF will intervene in economic policy.”

It called on people to “escalate the popular uprising” for a “civic and democratic state.” 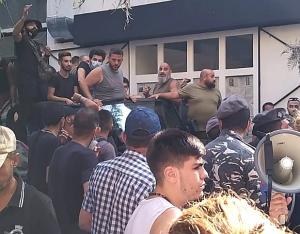 Political Bureau of the LCP: in response to the slanders and attacks of the fascists of the Lebanese Forces and its leader 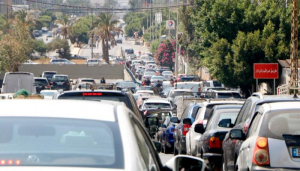 LCP Political Bureau: To confront the decision to lift subsidies and escalate confrontation against the tyrannical starvation system